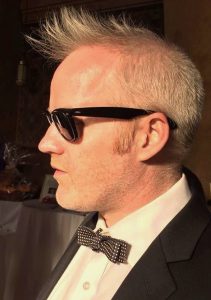 Johnston broke onto the film music scene with an unusual approach to film composition – using only acoustic instruments and performing every instrument himself. In subsequent years he has accented his process by bringing in many instrumental soloists. Johnston has composed original music for film, television, commercials, museum exhibits and major theme parks (San Diego Zoo). His music has also been featured extensively on the popular radio program “This American Life”.

His recent credits include the award-winning documentaries “Bleed Out” (HBO) and “Shopping Cart People”.